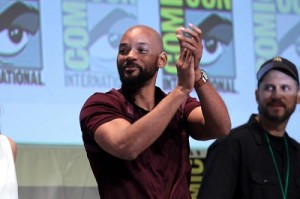 In the past couple months, sports and head injuries have been in the news. The U.S. Soccer Federation recently banned young players from using their head to hit soccer balls. An Illinois high school football player died from injuries suffered during a game (called "blunt force injuries due to a football accident" by the Cook County Medical Examiner). But, as always, the major news about brain injuries in sports centers on the NFL.

Just last week, Minnesota Vikings quarterback Teddy Bridgewater was knocked completely unconscious after a helmet to helmet hit. Bridgewater left the game and didn't return. Bridgewater, who just turned 23, reportedly wanted to get back into the game. With that fresh in the news, the new Will Smith movie Concussion premiered.

Concussion, which dramatizes the discovery of a serious form of brain damage in NFL players, will be released Christmas day (right in the middle of week 16 of the football season).

In the movie, Smith plays Dr. Bennet Omalu, a forensic neuropathologist who made the first discovery of CTE (Chronic Traumatic Encephalopathy) in a pro football player. CTE is a brain disease found in people who suffer repetitive head trauma. CTE used to be called being "punch drunk" because it was most commonly found among boxers. Symptoms of CTE include confusion, memory loss, impaired judgment, depression, and aggression.

Out of 91 former NFL players who have tested for CTE by Boston University, 87 have the disease. Nearly half the players who tested positive were offensive and defensive lineman. These numbers shouldn't be a surprise, since lineman make contact with each other on every play of the game.

The NFL is finally dealing with the problem. In 2013 the NFL reached a $765 million settlement with thousands of former players who sued the league. Players complained of various conditions involving brain damage and degeneration. And, just last month, the league announced it will fund new research on the suspected links between sports-related concussions and long-term brain issues.

Head injuries don't just happen to the pros. You can be injured anywhere playing any game. If you or a family member has suffered any kind of head injury, get medical treatment. Then, contact an experienced lawyer.