Some Signs of Nursing Home Emotional Abuse in Nebraska 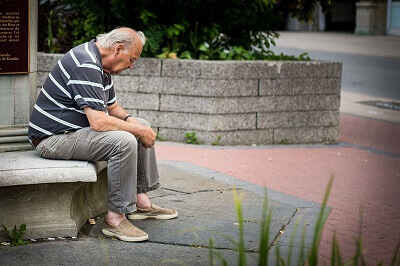 Two of the common types of elder abuse are physical abuse and emotional abuse, or what's also referred to as elder psychological abuse. Elder emotional abuse is often difficult to recognize because the wounds are not on the surface and the behavior of the elderly abused can often be misunderstood as simply the results of old age.

Any type of emotional pain or distress inflicted on the elderly is considered emotional abuse. Elder emotional abuse can occur at a nursing home or assisted living facility, and can also occur in the home, from family members or an in-home caregiver.

A report from 2006 from the American Public Health Associates says that as many as 2.5 million Americans were victims of elder abuse. In 2010, another form of elderly emotional abuse, elder neglect, was the most common form, occurring in over 50 percent of reported elderly abuse in the U.S. The National Center on Elder Abuse reported in 2010 that 9.5 percent of all elderly people in the U.S. were the victims of abuse or neglect.

There a certain signs and behaviors to look for in an elderly person that might signify that the person is suffering from emotional abuse:

There are several reasons for mental abuse to occur in nursing homes, some include:

If a nursing home fails to do any of the things mentioned above, it can be held liable for negligence. The lawyers at Cullan & Cullan LLC are here to help you obtain compensation for the irresponsible treatment of your loved ones.

For more information about how the lawyers at Cullan & Cullan LLC can assist in protecting your rights, call (402) 882-7080.