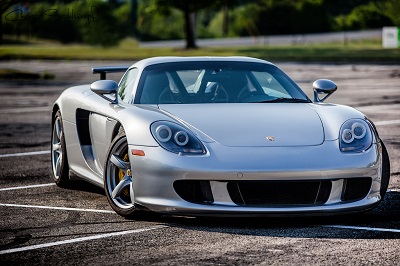 In a tragic twist, Paul Walker, the young actor who rose to fame starring in Hollywood's Fast and Furious franchise, was killed two years ago in a high speed car crash. Recently, the late actor's father filed a wrongful death claim against Porsche, the car's manufacturer.

Walker was not driving the car when it slammed into a concrete lamppost and two trees. The actor's father claims that the Porsche Carrera GT Walker was riding in didn't have the needed essential safety features, including a stability control system, breakaway fuel line, and side-door reinforcements. Similar lawsuits against Porsche have been filed by Walker's daughter, Meadow Rain Walker, and the driver's widow.

The German auto manufacturer claims, "Mr. Walker knowingly and voluntarily assumed all risk, perils, and danger in respect to the use of the subject 2005 Carrera GT, that the perils, risks and dangers were open and obvious and known to him, and that he chose to conduct himself in a manner so as to expose himself to such perils, dangers and risks, thus assuming all the risks involved in using the vehicle.”

If you have lost a loved one in a vehicle accident, you may be entitled to file a wrongful death claim. Your first step should be to contact an experienced wrongful death attorney.